Cream Horns or Cream Rolls as we call them here, mark a special milestone for me in my baking journey. For more than one reason. My dad loves these and I’ve always been scared of making them.

In my last post I had mentioned Cream Horns. I made them for my dad on his birthday. A favourite from his childhood, I too have a special relation with cream rolls.

My Shimla trips are never complete without Cream Rolls from Krishna Bakers or National Bakery.
Not that they are out of this world, but it is just one of those things we just have to have to have to eat, walking on the mall with the wind blowing in your face and the sun playing hide and seek. Talking about small pleasures of life !! Oh I so just wanna run to Shimla…like now !! 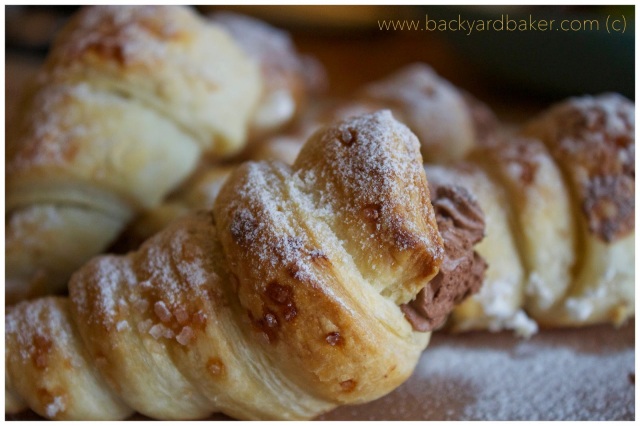 Almost 4 years ago when I had just about started blogging I came across a recipe of cream rolls and was completely in awe of the fact that one could make them at home. I told my dad and he was as excited as I, and promptly arranged for someone to get the cream roll moulds for me. 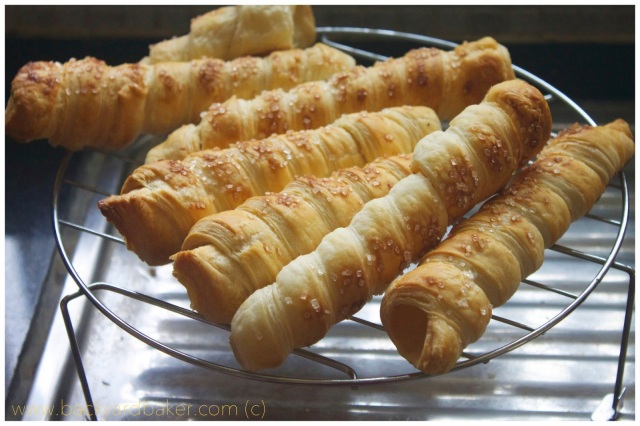 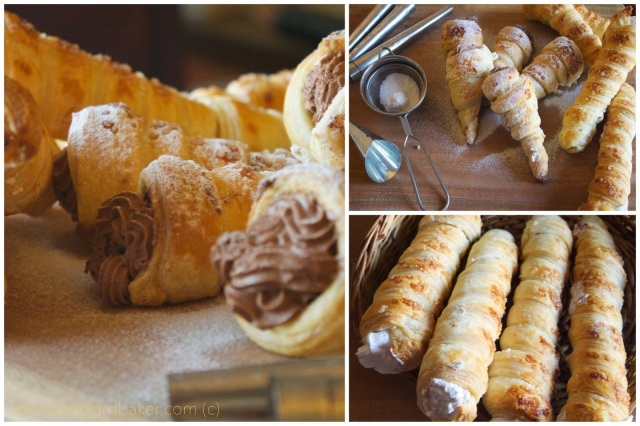 So now that the cream roll moulds have come and I have researched some recipes the obvious thing was to get started with them ASAP !! However the only thing missing was the confidence of handling them. In all these years I’ve tried my hands at Puff Pastry once when I made croissants but cream horns were another level. I always shied away from them, finding excuses to avoid making them. However just a few days before my dad’s birthday this year, I came across someone’s post on a food group on Facebook and that was it !! Instant inspiration and perhaps the final push. It was a surprise for him. He was expecting another cake like always but i had other plans ( devilish smile).
So here we go…. 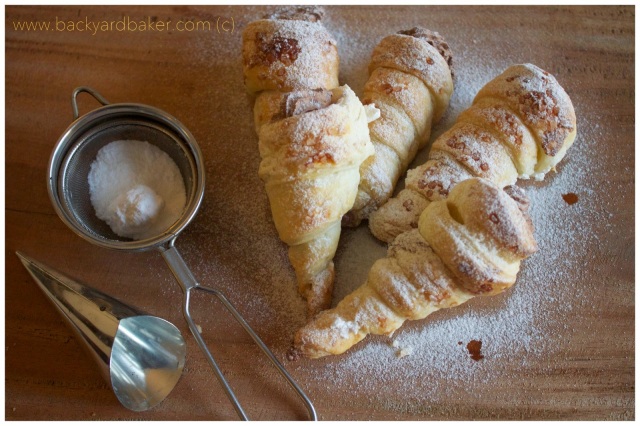 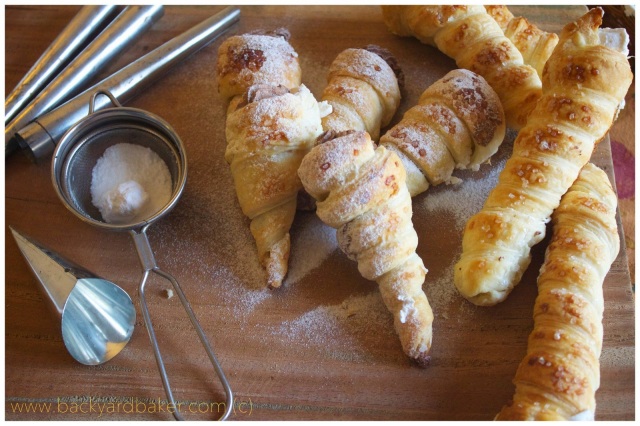 Directions for the Horns:
1. Put flour in a large bowl.
2. Make a well in the centre and pour in the lemon juice and water.
3. Mix flour and water with fingertips to make a soft dough.
4. Form dough into a ball, cover completely with plastic wrap, and refrigerate for 20 minutes.
5. Lightly flour the butter and place between two sheets of wax paper, set aside.
6. Once the dough is chilled, remove from refrigerator and place on lightly floured smooth surface.
7. Roll out dough leaving the centre a little bit thicker.
8. Remove wax paper from butter and place the butter in the centre of the dough.
9. Fold dough around butter on all sides, like an envelope.
10. Roll out the dough into a rectangle, about 18 inches.
11. Fold the dough in thirds, like a letter.
12. Now turn the dough to a 90 degrees – now the longer side should face you, or it should be horizontal. Roll again to about 18 inches.
13. Again, fold the dough in thirds, like a letter.
14. Wrap the dough in plastic wrap and refrigerate for 40 minutes.
15. Repeat steps 10-14 two more times.
16. Roll out dough into a 10 by 15 inch rectangle about 1/8 inch thick.
17. Cut dough lengthwise into 1 inch wide strips using a pizza or pastry wheel.
18. Grease the horn moulds.
19. Wrap each strip of dough around the cone, starting at the bottom and overlapping slightly all the way to the top. Do not take it to the edge of the mould on the top or else while removing later it could break.
20. Pinch the bottom and top to make sure the dough doesn’t come unraveled.
21. Place horns, sealed side down, on a baking sheet and refrigerate for 30 minutes.
22. Preheat oven to 220 degrees C.
23. Whisk the egg and a tablespoon of water together in a small bowl, set aside.
24. Remove horns from the refrigerator and brush with the egg wash.
25. Sprinkle sugar crystals over the top of the horns.
26. Bake about 20 minutes, or until golden brown.
27. Remove from oven and transfer to cooling rack, leaving the moulds in for 10 minutes.
28. Now remove the moulds from the horns and let them cool completely. 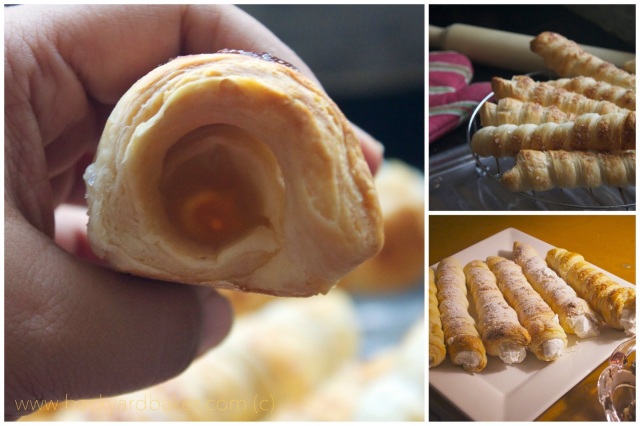 To Make the Cream:
Pour whipping cream and sugar into a stand mixer bowl fitted with a whisk attachment.
Mix on high speed until stiff peaks form.
Fill a pastry bag with the whipped cream.
Pipe the cream into the cooled horns.
If you are using Rich’s cream like I did,scoop out the frozen cream into a bowl and let it melt completely. It should look like milk or a runny cream.
Now add the icing sugar and vanilla essence and start beating with a hand blender till peaks are formed.
I make 2 types of cream rolls, plain vanilla and chocolate. For the chocolate filling, simply add cocoa powder to the cream and sugar mix and blend till peaks are formed.
A lot of times one hears that if using Rich’s cream or the likes, you do not need to add sugar, but i personally feel adding sugar increases the shelf life and gives it a better consistency.
Assembly
Once the shells are completely cool, pipe in the cream and serve. 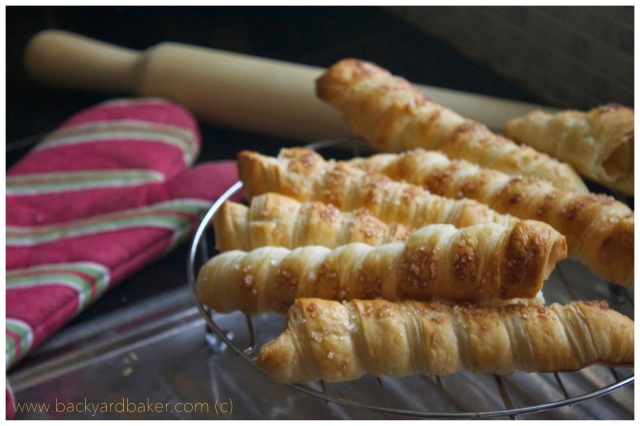 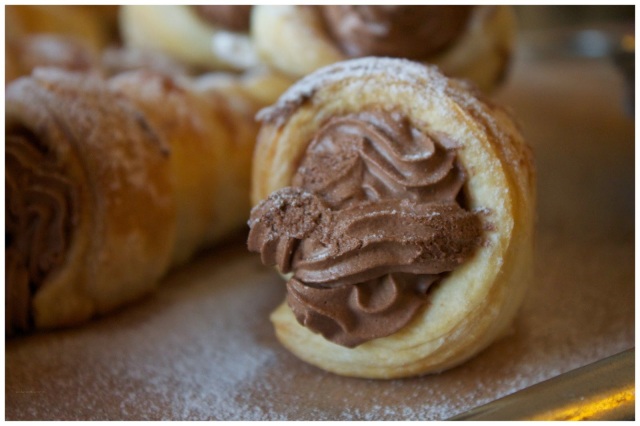